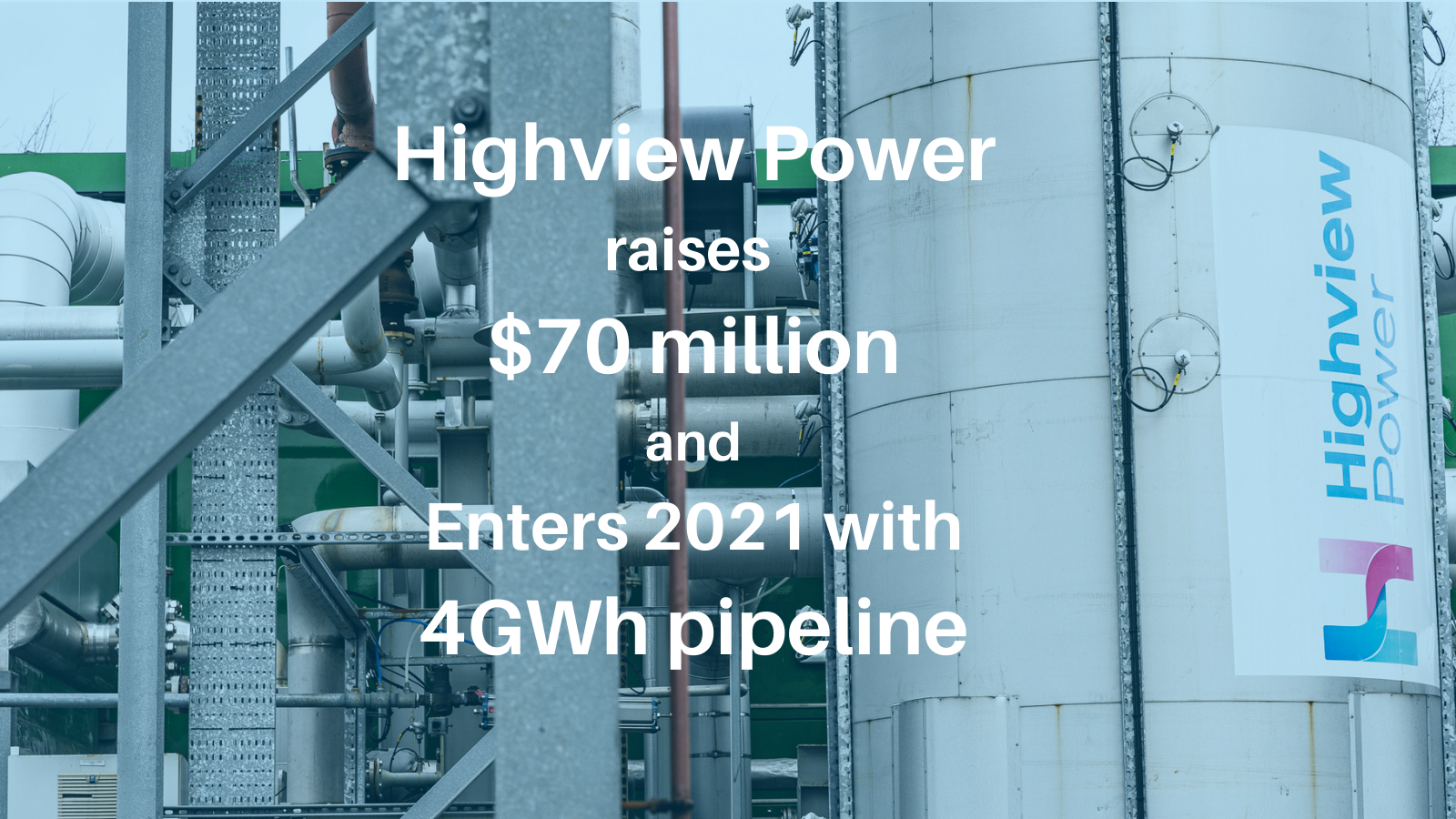 Highview Power enters 2021 with 4GWh pipeline of CRYOBattery storage projects across the US, Europe, and Latin America

Highview Power, a global leader in long duration energy storage solutions, is pleased to announce that it has closed its Growth Capital round of funding with over $70 million, bringing the total amount of funding and grants the company has secured to date to over $145 million. The Growth Capital round includes the previously announced $46 million investment from Sumitomo Heavy Industries (SHI) and additional investments from strategic investors Janus Continental Group (JCG) and TSK, along with a $5.5 million contribution from the original and founding investors.

This round of funding enables Highview Power to continue its aggressive global expansion and rapidly moves additional projects into the commercialization phase. There was tremendous demand for the company’s long duration energy storage solution in 2020, and Highview Power is entering the new year with a late-stage pipeline of over 4GWh of projects across the U.S., Europe, and Latin America. This is in addition to the current 700MWh of projects currently under development.

“Highview Power’s ability to secure financing from such high-calibre energy leaders, despite the challenges of the global pandemic, signals that the industry recognizes the immediate need for long duration energy storage, and more specifically for our CRYOBattery solution,” said Javier Cavada, president and CEO of Highview Power. “We are developing projects at an unprecedented pace, and we expect 2021 to be a pivotal year for the company.”

“Leading utilities are starting to issue RFPs for 10 hours of storage to be cycled every day. Grid operators are starting to issue long-term contracts for the provision of synchronous stability services and constraint management. This is what is needed to make the energy transition a realistic proposition. And these things liquid air does better than any other storage system,” said Colin Roy, chairman of the Highview Power Board and a seed investor.

In addition to Sumitomo Heavy Industries, which previously announced its $46 million investment in February 2020, investors participating in the Growth Capital funding round include private investors and:

Highview Power currently has offices in London, Washington D.C., Madrid, and Sydney, Australia. It is also operating in Chile, Spain, and now Dubai, Germany, Japan, and the Great Lakes and Southern regions of Africa. The company plans to engage in another round of corporate funding in 2021 and establish a project financing joint venture with infrastructure funds to continue its global expansion to meet worldwide demand for its long duration energy storage solution.