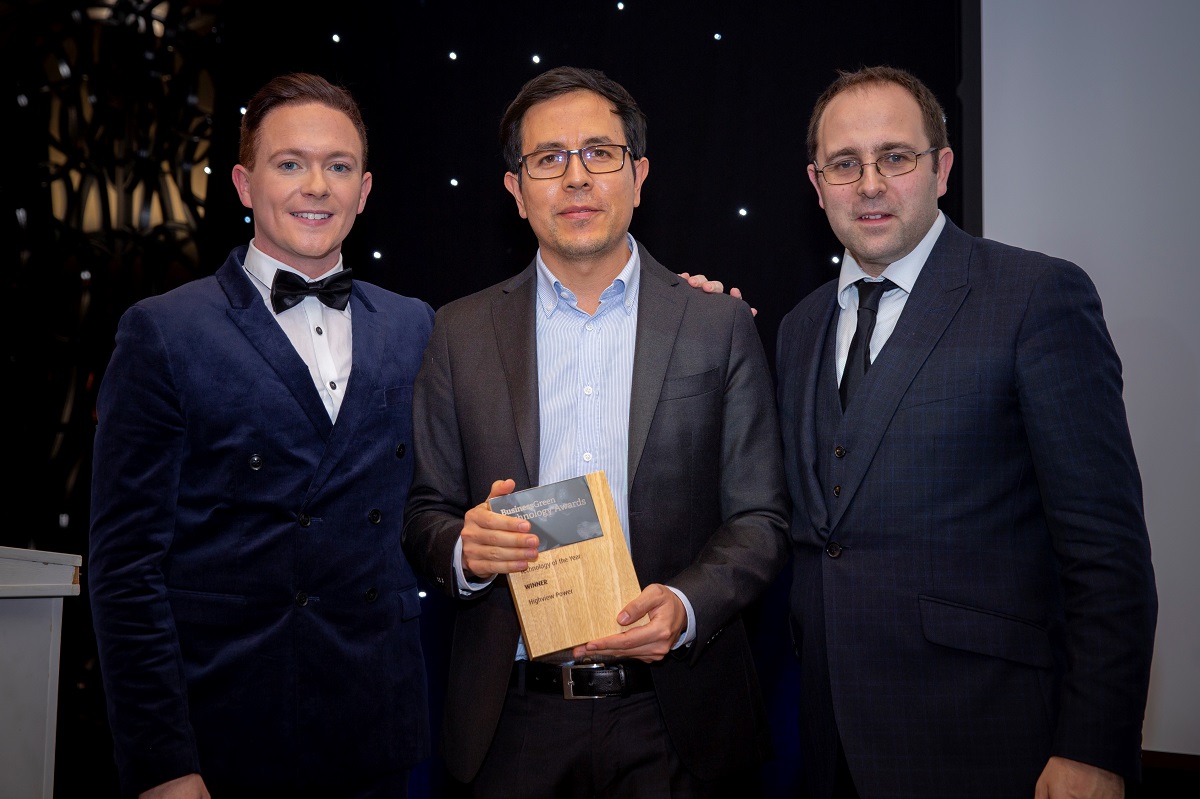 “There were many very impressive companies and technologies that were finalists at this year’s BusinessGreen Technology Awards, so to be named not only the Smart Grid Technology of the Year but also the overall Technology of the Year is quite an honour,” said Javier Cavada, President and CEO of Highview Power. “Liquid air energy storage is a transformative technology that is today enabling 100 percent clean energy to finally become a reality. While I am highly appreciative of the recent awards Highview has won, I very much look forward to making even more exciting announcements in the near future.”

The BusinessGreen Technology Awards are the UK’s most prestigious celebration of the best cutting-edge technologies and innovators that are working to accelerate the transition to a sustainable, low carbon economy. Now in their fourth year, they annually recognize the country’s leading green technologies and are rigorously judged by a panel of sustainability professionals and green economy leaders. Highview’s liquid air energy storage was selected Technology of the Year over fellow winners from the following categories: Automotive Technology, Biotechnology, Building Technology, Circular Economy Technology, Fast Track Technology, Future City Technology, Supply Chain/Logistics Technology, Transport Technology, and Renewable Energy Technology.

“Congratulations to Highview Power on winning Technology of the Year,” said BusinessGreen editor-in-chief James Murray. “We received a record number of entries across all categories, but their long-duration, clean energy storage system stood out to the judges because of innovation, successful execution at the Pilsworth plant, and ambitious plans to ensure liquid-air energy storage plays a central role in the clean and smart energy grids of the future.”

Highview Power’s proprietary cryogenic energy storage technology makes use of a freely available resource – air – which is cooled and stored as a liquid and then converted back to a gas generating energy that powers turbines and produces electricity. This is the only long-duration energy storage solution available today that can deliver anywhere from four to over 12 hours of power, is scalable with no size limitations, has no geographic constraints, and uses no exotic metals or harmful chemicals. A liquid air energy storage plant has a lifespan of 30 to 40 years and comprises mostly steel, which can easily be decommissioned and the steel recycled at the end of life. Highview Power enables critical operations for utilities and independent power producers by delivering the lowest cost clean energy storage solution for large scale, long-duration applications.