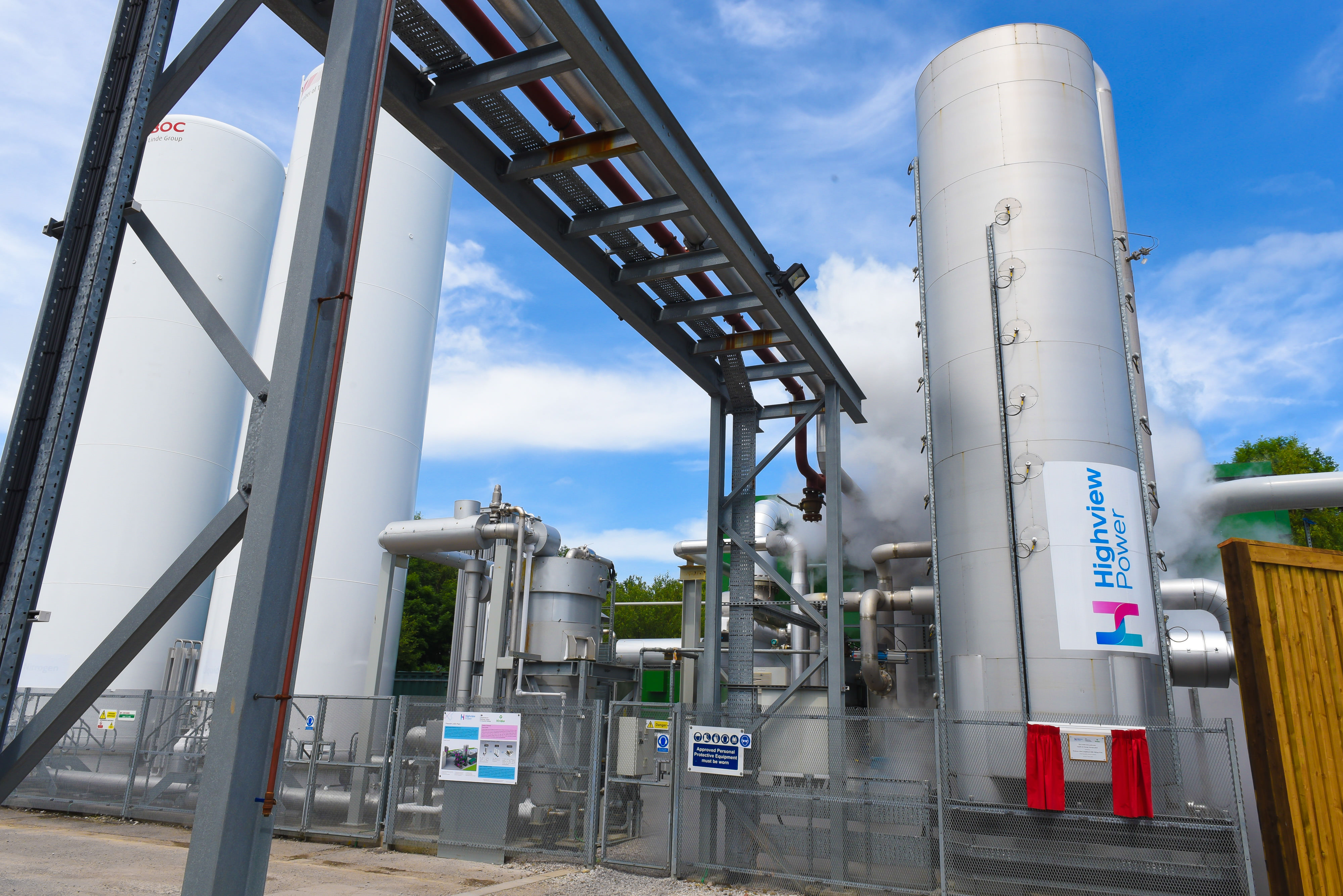 The new joint-venture company, named Highview TSK, will commit to the development of multiple projects in Spain, the Middle East and South Africa.

“We are thrilled to be working with a global EPC company of TSK’s calibre. They have an impressive track record of deploying large-scale energy projects around the world, and we are excited to work with them to deploy our cryogenic technology,” commented Javier Cavada, CEO of Highview Power. “This partnership with TSK will help Highview Power accelerate momentum for our cryogenic energy storage systems in global markets and is ideal for applications like renewable energy shifting, enabling wind and solar for baseload generation, and hybridizing cryogenic storage plants with traditional thermal generation systems.”

“After looking at a number of storage technologies, we have come to the conclusion that Highview’s cryogenic energy storage is the ideal solution to deliver long-duration, large-scale storage services to our customers. The technology is not only cost effective, it is scalable, clean, has a long lifespan and can be deployed now,” comments Joaquín García Rico, CEO of TSK. “As a result of the joint capabilities of Highview Power and TSK, we expect to progressively grow our footprint and sales to reach target revenues of over 1 billion euro by 2021.”

Highview’s cryogenic systems are the only long-duration energy storage solution available today that are locatable and offer multiple gigawatt-hours of storage. That represents weeks’ worth of storage, not just hours or days. Grid operators are turning to long duration energy storage to help improve power generation economics, balance the grid and increase reliability. At giga-scale, energy storage resources paired with renewables are equivalent in performance to – and could replace – thermal and nuclear baseload in addition to supporting the electricity transmission and distribution systems while providing additional security of supply.

TSK has constructed more than 20 GW of generation projects across 35 countries and brings extensive experience in both traditional energy generation and renewable projects such as solar, wind, and biomass, including more than 10 energy storage projects.

Highview Power has developed the ideal long-duration energy storage technology for large-scale applications with its cryogenic energy storage technology and brings a skilled team that has developed over $13 billion in energy and infrastructure projects. Combined, the Highview TSK team will have over 1,000 skilled engineers and project managers to execute long-duration energy storage projects in its target markets, from their offices in Gijón, Madrid, Cologne, London and New York.

Highview Power has already built and connected two cryogenic energy storage plants to the UK grid. The first plant was commissioned in 2014 in Slough, Greater London, with a capacity of 2.5 MWh, while last year, the world’s largest liquid air energy storage plant was inaugurated in Bury, Greater Manchester, with a capacity of 15 MWh. The Bury plant shows in real time how cryogenic energy storage provides all possible balancing services, including Short Term Operating Reserve (STOR) and supports the grid during winter peaks. Highview is currently developing several large projects that will be hundreds of MWhs in scale across the United States and Europe.

Beside being the most suitable solution to balance renewables and enable reliable renewable baseload power, cryogenic energy storage plants support and accelerate the energy transition when combined with traditional thermal power plants. The plants can optimize operations utilizing waste heat and cold into their process which enables even more affordable and sustainable power production. As markets around the world focus on drastically reducing carbon dioxide emissions, there is an accelerated shutdown of traditional coal-fired power stations and massive deployment of intermittent renewable energy plants (mostly solar PV and wind). This is causing grid reliability issues that are dependent on weather conditions, which drives demand of long-duration energy storage in all major geographic markets in order to ensure a stable and reliable grid. When shutting down and dismantling old power stations, the existing infrastructure and connections left behind become the perfect location to install cryogenic energy storage plants, solving the challenge of integrating massive amounts of renewables while retiring traditional assets.

“The Highview TSK joint venture can deliver the ideal solution for grids of the future around the world, and we can do it now with cryogenic energy storage technology,” said Cavada.